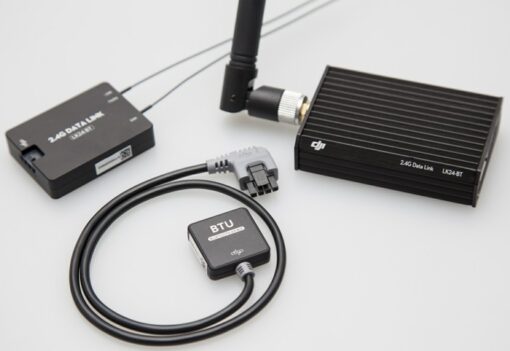 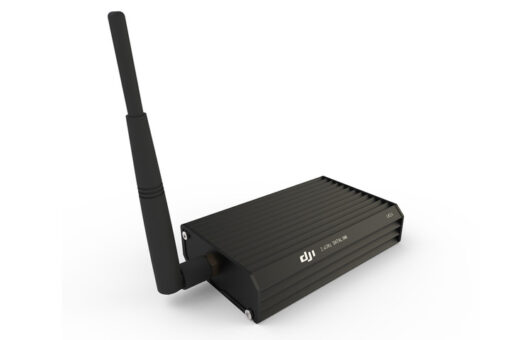 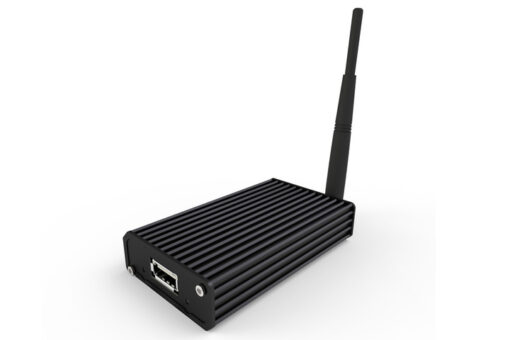 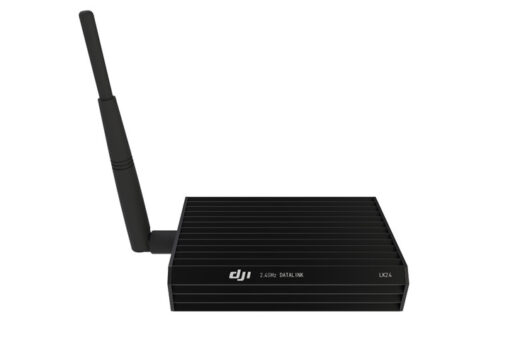 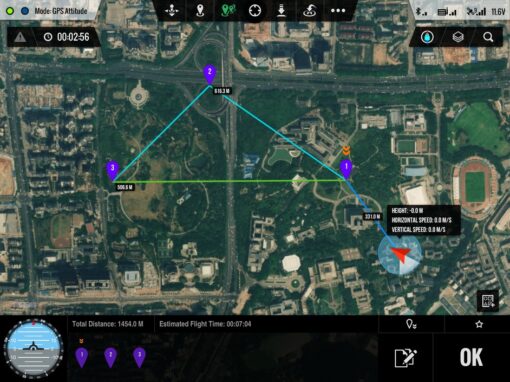 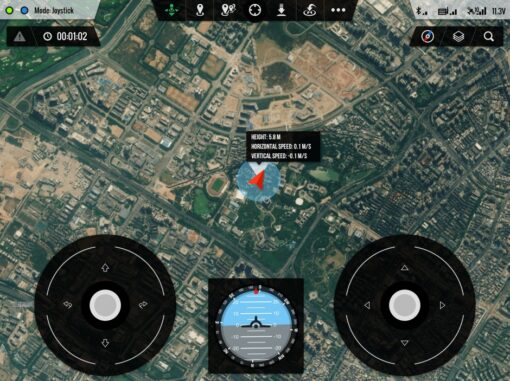 The DJI 2.4G Bluetooth Data Link is a component for the DJI iPad Ground Station. It features two transceivers to facilitate wireless communication between aircraft and iPad with a range of up to 1148′ line-of-sight. One transceiver is installed in or on the aircraft and integrates with the flight control system via the CAM bus, the other remains at the ground-end to pick the Bluetooth signal from the iPad.